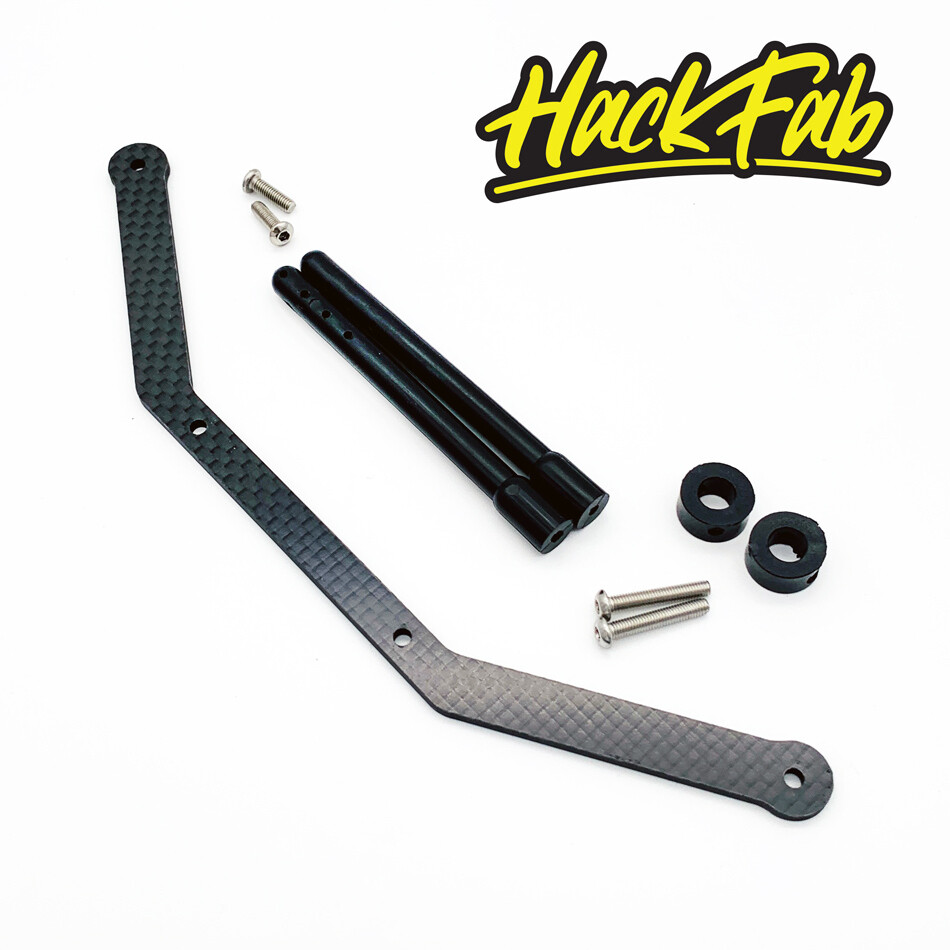 This is a front body mount for the Traxxas Nitro Slash that will allow you to mount up a Salvas Mudboss body (or similar clone) that is pre-drilled for the electric Traxxas Slash. The mount attaches using the two upper chassis deck screw holes in front of the fuel tank (with included longer screws). The carbon fiber body mount will position the posts in the same holes as used on the Mudboss body allowing for easy mounting. You will still likely need to cut a hole for the engine's cooling head in the decking of the body. The Nitro Slash's rear body mounts are in the same position as the electric, so nothing needs to change on those.

Save this product for later
Display prices in: USD